In February, I noted how announcements regarding Harper Lee’s novel Go Set a Watchman provided a glimpse of an editor’s role in creating To Kill a Mockingbird. Now that Watchman has been released, Lee’s editor is getting even more attention.

I have not read Watchman yet, but multiple reviewers have noted that it is nowhere near the masterpiece Lee created in Mockingbird. “Comparing Mockingbird—the result of two years of arduous revisions—with Watchman demonstrates clearly just how important a good editor can be,” wrote Heller McAlpin in a book review posted on the SFGate website. 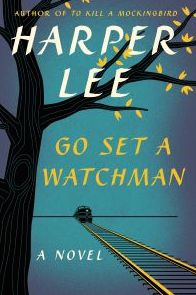 The New York Times published an article about Lee’s editor, who first read  the manuscript for Watchman and worked with the author to reconsider and reshape and rewrite until Mockingbird took the shape so familiar to so many millions of people today.

That editor, according to the Times story, was Therese von Hohoff Torrey—known professionally as Tay Hohoff—at the now-defunct J. B. Lippincott Company. Times writer Jonathan Mahler said, “this week’s publication of Go Set a Watchman offers a rare glimpse at the before and after of a book widely regarded as a masterpiece.”

And no matter what you think about Watchman or Mockingbird, that glimpse can be a revelation about the work—and worth—of a good editor. I know a lot of Mockingbird fans who don’t plan to read Watchman, but I’m looking at it as professional research. Where else can I get such an insider’s view at what can happen when a talented writer teams up with a talented editor?

I had a book manuscript that had a thorough edit by a copy editor, but there were many changes made and I wanted another set of eyes to look at  it carefully. So I hired Tammy Ditmore to do a “fina… END_OF_DOCUMENT_TOKEN_TO_BE_REPLACED

Tammy is just amazing. Before my book made it over to Tammy, I had used two editors — one a well-known author in NYC. I was unhappy with the editing, and basically Tammy was my last try before I jus… END_OF_DOCUMENT_TOKEN_TO_BE_REPLACED

I appreciate Tammy’s willingness to ask questions when appropriate, flex on deadlines, offer sound advice, and rewrite sentences or sections as needed. Her command of substantive and copy editing ma… END_OF_DOCUMENT_TOKEN_TO_BE_REPLACED

Tammy was a pleasure to work with on my manuscript. Her honoring of my voice was top notch. She entered my story so thoroughly and went above and beyond to make my words shine brighter than I could h… END_OF_DOCUMENT_TOKEN_TO_BE_REPLACED

Tammy is much more than an enormously talented editor. For me, she was my guiding light during the critical final stages of the evolution of my book. Not only can she transform a manuscript by making … END_OF_DOCUMENT_TOKEN_TO_BE_REPLACED

Personally, I feel the editing process is the most important aspect of writing–it can be a nightmare if the editor and the writer are not on the same page. … Tammy knows what she is doing, she is easy… END_OF_DOCUMENT_TOKEN_TO_BE_REPLACED

I highly recommend Tammy Ditmore to you. She has edited three of my books in the past two years. Each time, I have been impressed with her professionalism, and pleased with her ability to provide a po… END_OF_DOCUMENT_TOKEN_TO_BE_REPLACED